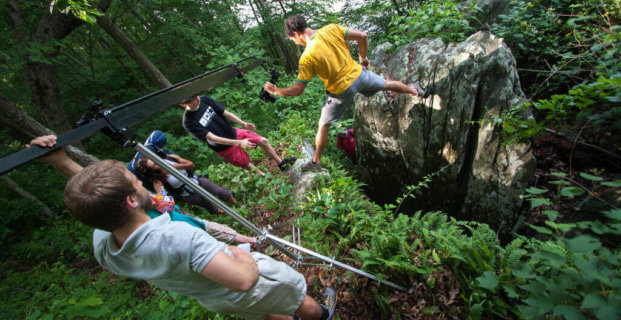 How to Be a Good Production Assistant (Part 3)

Finding enough work in the production world can be very difficult but sometimes it can be as simple as being in the right place at the right time.  For example, I have actually gotten a job like this.

Me: (putting packets together for the next day’s shoot.)

Big Producer: (from another project talking to his Production Coordinator) “We need a craft service PA for next week’s shoot.”  (looks around, spots me working) “Hey what are you doing next week?”

And just like that, I worked on that shoot and many more projects with that producer.  After you do land a job though, you need to work hard to get called back again and again.  Here’s Part 3 of How to Be a Good Production Assistant.

Over time, you’ll learn what things can be taken care of without being told, but if you’re really new to the scene, just ask.  Don’t be a nuisance, but check in with your direct boss (Production Coordinator, Producer, Assistant Director, Key PA, or other department head.) to see if there’s anything they need done.  As you get to know certain people you work with often, you’ll begin to learn what things they may need done and you can be on top of it before they even ask. It’s that simple.