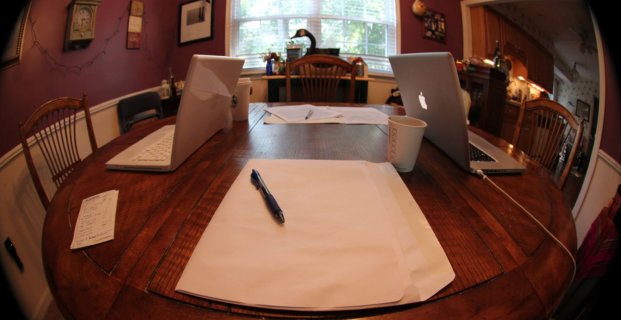 How to be a Good Production Assistant (Part 2)

I can’t tell you the number of times I’ve been asked for advice on how to get started in the film/tv/commercial production business.  Well there are lots of ways to land that first gig (mandy.com, craigslist.org, contacting local production companies, asking around), but the most important thing is to make sure you get called again and again.  Here comes part 2 of How to be a good Production Assistant.

Carry a notepad and pen, everywhere, all the time.

As a PA, whenever someone would ask me to do something, they didn’t want to have to repeat themselves or answer a bunch of questions later on. As soon as someone would start talking, I would whip that notepad out and start writing, unless I realized they were just asking me for a bottle of water. Too many times I would think I could remember it all, but on my way to take care of one task, I would often get stopped again and again by others asking for other things to be done. If I didn’t write them all down, something would have gotten missed.

If you missed part 1 of this series on How to be a good Production Assistant, you can catch it here.