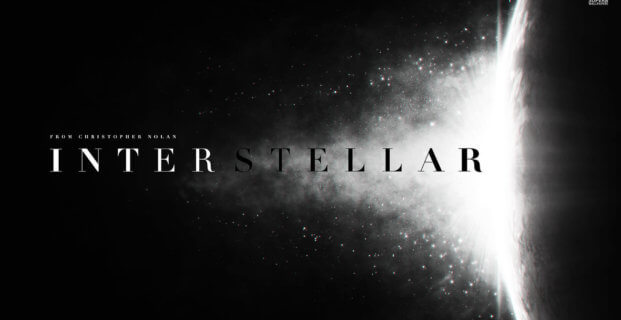 Not the Sci-Fi Movie You’re Used To: Thoughts on “Interstellar”

If you are unsure about whether or not you should venture out to see Interstellar sometime soon, please read these fairly convincing thoughts on the film by our friend, Jason Hamilton.

The trailers for Interstellar were just vague enough to cloud the actual plot so that I did not really know what to expect from it. To sum up what I gathered from the trailers: Earth is

dying, Matthew McConaughey leaves Earth with Anne Hathaway at the request of Michael Caine to find a new home, they visit other planets, things don’t go according to plan.

And so I sat down and prepared to watch a new take on a classic science fiction film. Without getting into spoiler territory, Interstellar was not the movie I thought I was going to be watching. I watched a science fiction movie where the science fiction didn’t out shadow the science fact and real extrapolated theories for the sake of sensationalism. That said, there were sensational scenes both in space and on planets, but the space travel was merely the vehicle for a much more down to earth tale of humanity and family.

In summary, while Interstellar may not have been the science fiction movie most people wanted, it IS the science fiction film we all deserve. One that is close enough to science fact so as to cause you to place yourself in the film and find that you have a personal stake in the outcome, but also asks you suspend belief and take some things on faith.

If you find my ramblings here to be confusing, good! Go see the movie for yourself. I’m not doing this “review” for you, I’m doing it to process my thoughts on the film for myself. I don’t pay any attention to reviews when deciding whether or not to see a movie, and neither should you. Go see movies that strike a chord and resonate within you regardless of what someone else’s opinion is, because ultimately everyone resonates at different frequencies anyway and the only way to know if you like a movie is to watch it yourself.

No offence is meant to those who fancy themselves amateur (or professional) film critics.

Thank you to Jason, who graciously let us repost this from his original facebook page posting.