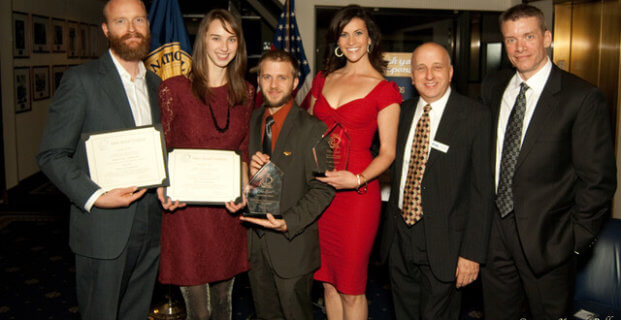 Vision, execution and reception are all on equal footing here at DUO.  It’s about the journey and the outcome.  Our video production services span all phases of a project; from concept development through distribution, and any part thereof…we look for ways to make your project unique, and speak specifically to your needs…We provide high quality results at highly competitive rates.

As a result of our blend of creativity and professionalism, we have accumulated a collection of awards, a large portion of which comes from the Television, Internet and Video Association (TIVA) of DC. 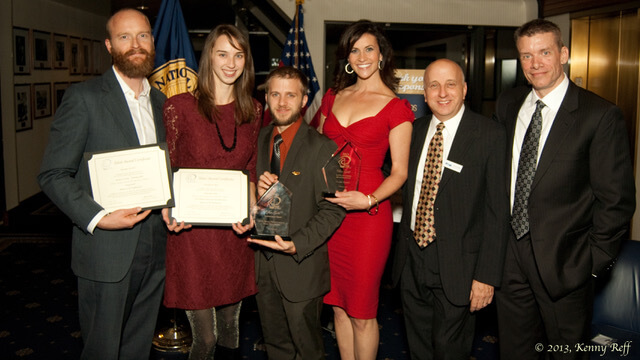 TIVA is a non-profit association of media professionals (companies and individuals) in the National Capital region. The mission of TIVA-DC is to connect the media production community to jobs, resources and educational opportunities. The Peer Awards, sponsored by TIVA, is the largest film/video competition in the Mid-Atlantic region and culminates in a gala at the National Press Club and other prestigious venues with an average of 300 attendees.  As DUO and our independent film channel Star Wipe Films, we have acquired the following awards since as early as 2009:

Among the winning projects that earned these awards include our 48Hour Film, Welcome to the Neighborhood (which also won us a few awards at Filmapalooza 2013 and a Selection in the Short Film Corner for Festival de Cannes 2013) and our own short film, Apocalypse Rock, which TIVA-DC awarded us specifically for Program/Series Promo Under $10k for the film trailer, Independent Short, Acting, Editing: Fiction, Production Design, and Sound Design.

We’ve also received awards almost every year that we have participated in the 48 Hour Film Project and 30 Days Later competitions.

***Update: as of November 2016, Game of CAD and Once Upon A Bedroom have also earned Peer Awards; Gold and Silver, respectively.

We have also earned seven Telly Awards (two silver, five bronze) between 2010 and 2012.  Like TIVA, the Tellys bestow accolades to a wide range of productions; web commercials, videos and films, and “outstanding local, regional, and cable TV commercials and programs,”  while supporting creativity and craftsmanship among the professional media-making community.

More than the awards themselves, our experiences gain us respect from the community and a reputation of having a strong, collaborative team; something that we value very highly.  While we are proud of our accomplishments, more importantly, we are eager to bring these skills and renown to every project, every long-standing and new client, and continue to improve each step of the way.