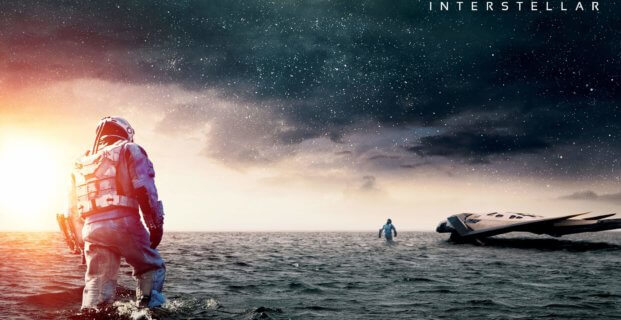 Yes, I really did just compare Snowpiercer, Interstellar and Sleepless in Seattle

In the past 72 hours, I’ve watched three very different movies, Snowpiercer, Interstellar and Sleepless in Seattle, but was surprised to find similar themes in all three. “How?” you ask. First, let’s look at each one individually.

Although Snowpiercer and Interstellar are both about how to preserve life when the world can no longer support us, they couldn’t be more different in execution, and of course Sleepless in Seattle isn’t about the end of the world as we know it but the restart of one man’s world. 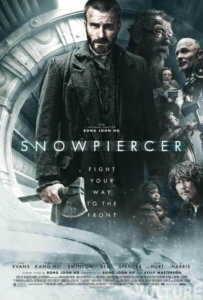 Snowpiercer was a remarkably weird movie that couldn’t seem to settle on a tone. With elements of Hunger Games, Equilibrium and any Terry Gilliam movie you can think of, I know I felt a bit uneasy throughout the story and found myself laughing at moments that I don’t think were intended to be funny. This movie is more about overcoming oppression rather than working together for the good of all.

Interstellar was an experience. We managed to get some tickets to the pre-opening night screening at the National Air and Space Museum’s IMAX theater, which was important since Christopher Nolan filmed a majority of Interstellar on IMAX film, and notably without green screen. I felt a tenseness throughout the movie, but not the sort you have when watching a really scary movie that sends you into the shakes. (Does that only happen to me?) Matthew McConaughey, Anne Hathaway and Jessica Chastain were very believable in their roles and Michael Caine brought a great performance slightly outside of his normal stoic roles.

I saw Sleepless in Seattle a long time ago, but it was a comfy movie to watch again on a night when I was feeling especially tired (probably because I didn’t get home from Interstellar until after 4am that morning.) It’s the classic romantic comedy of the nineties that pays homage to an even older classic, An Affair to Remember. This film certainly helped secure Tom Hanks as a leading man with a role slightly more serious than some of his previous characters in Joe Vs. the Volcano, Turner and Hooch and The Money Pit, but without being entirely a chick flick.

You’re probably wondering what the heck these three movies actually have in common, so let’s break them down a bit (and I’ll try not spoil anything about Interstellar, especially since it doesn’t officially open everywhere until tomorrow.) Here are three of the themes I saw prevailing throughout each film.

Family and Sacrifice – When there’s family and love, there’s going to be sacrifice. In each of these films we see strong connections between parents and their children, and the lengths to which each one will go to protect as well as ensure the happiness of the other. In Snowpiercer, we see a number of parents fight for their children as well as incur much suffering even when they know it’s pointless to even try.

With Interstellar, we have parents leaving children behind and children leaving their parents to go on an incredibly uncertain journey, all for the sake of preserving the human race.

In Sleepless in Seattle, we get a bit of the reverse. It’s the son that goes through so much of the trouble to try and find his dad not only a new love, but one that could somehow measure up to the magic bond his dad had with his now deceased wife. 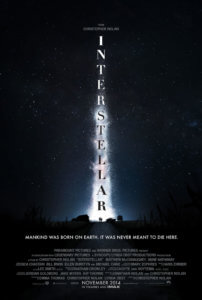 Time – Time is so important in all three of these films.  The entire timeline of Snowpiercer is based on the fact that this train containing the last remnant of the human race is barreling around the world taking exactly one year to complete a full circle. There’s also the timing of the revolt, which must happen at just the right moment so that they can pass through several gates during the four measly seconds they’re open.

I loved the way that the film Interstellar handled time. There’s the simple problem that earth and its inhabitants are out of time and won’t live past the next generation, but there’s also the very complex time problems they face when flying too close to black holes or needing to hibernate while traveling long distances to conserve resources.

With Sleepless in Seattle, the characters face the very real time problems of “When is it okay to start dating after your wife dies?” and “Should I wait for the one whose very touch feels like magic, or stay with the one who is reliable and loves me, but doesn’t inspire me?”

Moving forward – Each of these films has their own tragedy (or tragedies) to deal with which leads to feelings of hopelessness and paralyzing fear.

In Snowpiercer, there are so many atrocities the people from the rear of the train have had to face and continue to face on a daily basis, that the fact they’re able to raise enough spirit to revolt against the people from the front of the train is quite a feat in itself. At each new obstacle they press on, even when things seem quite grim indeed. Perhaps what this movie really exhibits is the human spirit when you have nothing else to lose.

The film Interstellar is a perpetual illustration of having to move forward in the most difficult situations. It is a film about trying to find another planet as our own planet dies from under us, so I’m sure you can imagine the difficulties that will ensue. There are so many examples I’d love to share, but I really don’t want to spoil anything for you, so just go watch the movie. 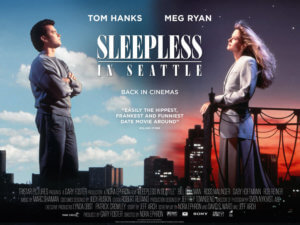 So, while I hope there were some interesting bits here for you to consider, I more so hope that you’ll seek out a real IMAX theater to watch Interstellar in, you’ll RedBox Snowpiercer and take it with a grain of salt, and keep Sleepless in Seattle in queue for a great date night movie.