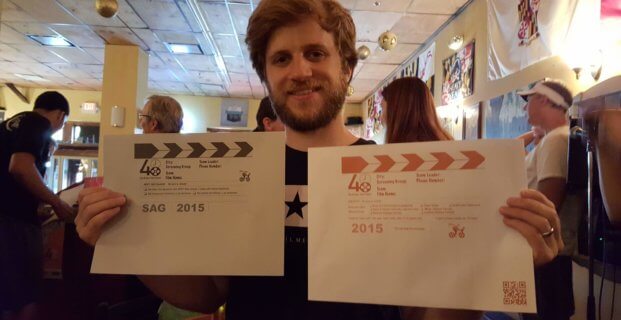 Why We Do The 48 Hour Film Project

Among our many specialities and adventures, the DUO Team produces short films by participating in 48 Hour Film Festivals on a very regular basis; in particular, the Washington DC and Baltimore 48 Hour Film Projects under Star Wipe Films,our subsidiary company.  We have been doing so since 2003 in Atlanta, GA and, as such, have accumulated quite the collection of films, with a reputable stack of awards under our belt, including Best Film for Welcome to the Neighborhood, three for Best Cinematography, two for Best Editing, two for Best Special Effects, and two for Audience Favorite.  When Welcome to the Neighborhood won best film in the 2012 Baltimore 48, the team went on to screen at the Cannes Film Festival in 2013.

The way DUO sees it, a 48 Hour Project is a great exercise in active filmmaking participation, by being forced to create in a specific, condensed time frame, with elements shared by all participants (namely a genre, drawn at random, a character, prop and line of dialogue).  At first glance, such an endeavor seems all too limiting and an unnecessary increase to one’s stress level.  Why do it?

Because it inevitably leaves you with a finished product.  In the filmmaking, completing a film can be more than half the battle.   It is all too easy to get swamped and smothered by editing or throw in the towel before getting out of pre-production, but a 48 Hour Film Project, you are forced to finish what you start and you learn a great deal about how to doing so. 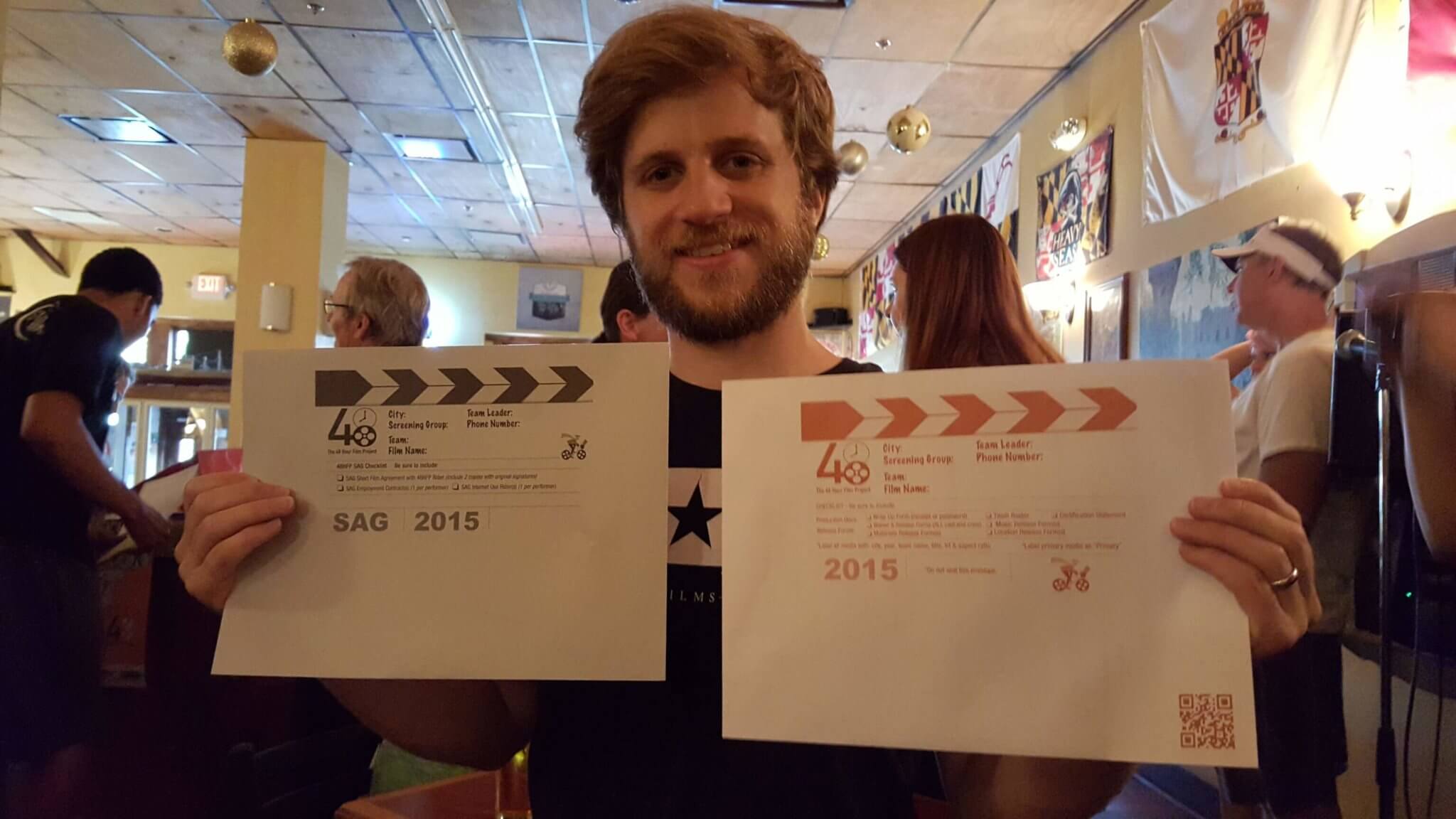 Furthermore, such an exercise demands resourcefulness and improvisation, as well as the implicitness of thinking ahead.  Despite having the specific elements to work into your story, you are left with a great deal of work to do to make the film whole and cohesive around those elements.  It can often bring out skills you didn’t even know you have; skills that are vital to filmmaking on a larger scale.

There is a built-in showcase for your completed film, through which there is always audience feedback and the opportunity for prizes and awards to the networking before and after the screenings.   When the Baltimore 48 instated a “Best Of The Fest” Screening as part of their award-giving ceremony, Star Wipe’s films have never failed to make the cut. In 2013, however, Brian announced that we would not be returning to the Baltimore 48 the following year due to the upcoming production of Apocalypse Rock, for which we needed to devote all our time and resources.

That said, after a swift production phase of “ARock,” a successful IndieGogo “Finishing Funds” Campaign and premiere, the film has been making the rounds at multiple festivals and competitions, winning several awards and garnering lots of positive feedback. In the interim and new phase of waiting for results, however, it happened to be time, once again, for the Baltimore 48 and the team realized that they did miss participating.  There is a draw to produce a project on your own terms, without any forced framework—to just “get out there and do it”—but there is also a uniqueness to the 48 that facilitates content to be generated in such a way that doesn’t happen under any other circumstances.  So, in a last-minute decision, we rallied a team together—though a much smaller team than in previous years—and tossed our hat back into the ring.

Last year, we were given a roll of tape, the character Q. Treller, a secret society member, and the line, “sometimes the best answer is no answer.”  We drew Thriller/Suspense as our genre and we were off.  This was also the first project we took on with Robin Farrell as part of our team; she has since become DUO Media’s first full-time employee.

And thus lies another benefit of the 48 Hour Project; networking.  It’s a cliche, but an honest one.  The 48 is a great opportunity for meeting other local filmmakers and creative people, as well as making new connections that can grow beyond that initial forum. 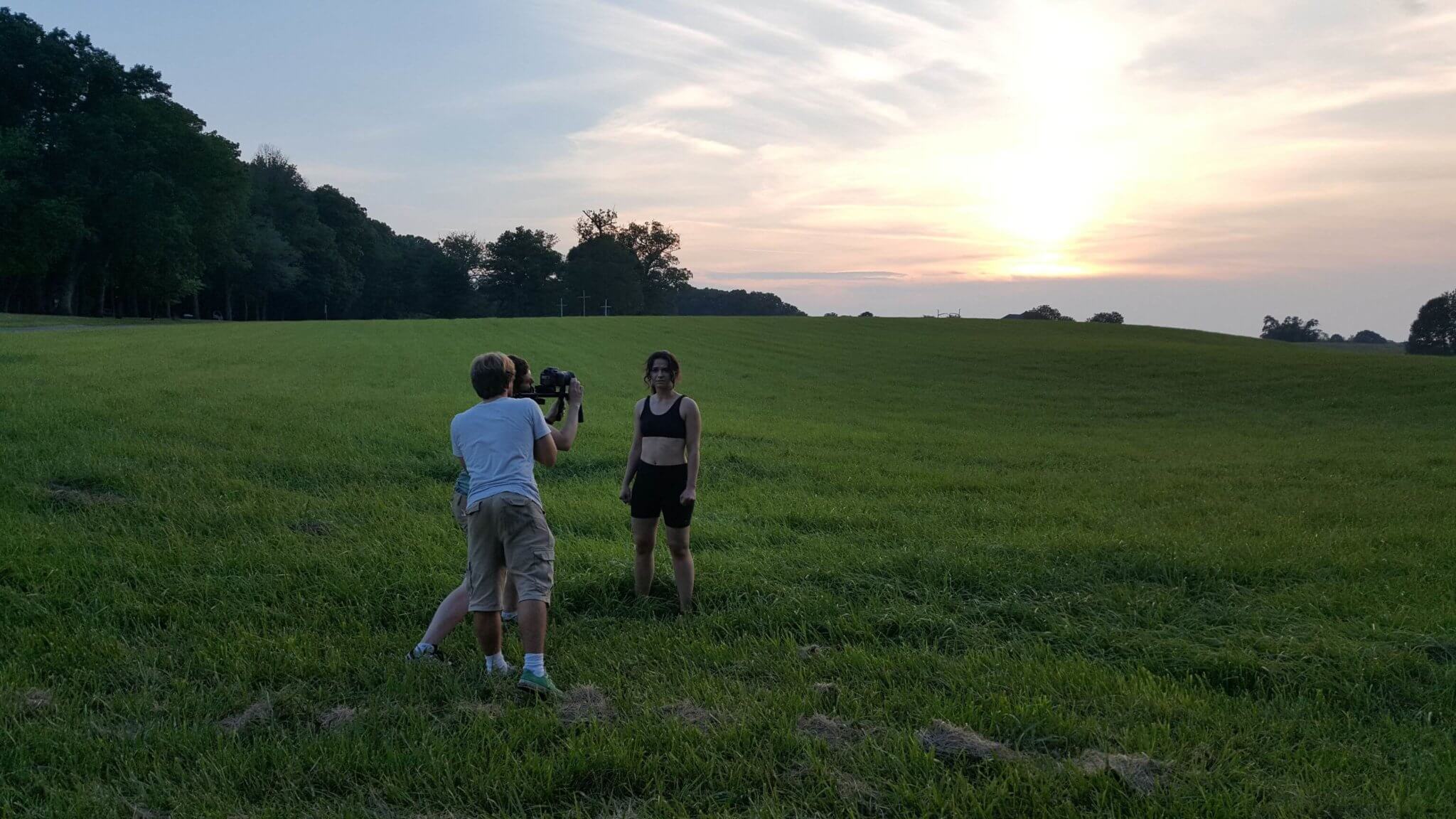 The resulting film of 2015, simply titled “Q,” earned us two more awards for our collection: Best Sound Design and Best Directing.  As in previous years, the experience was a good one.  As Karen says, whether you can participate each year “depends on…life,” but the desire to make films in this way was definitely reinstated.  So much so that we participated in the Washington, DC 48 at the end of April 2016 and it was just as much fun as the last.  Even more so, as we were able to choose between two categories and we challenged ourselves by going with the less-familiar option of COMEDY.  We learned a lot and that, too, is one of the most significant parts of why we do this at all; to learn, grow and allow ourselves the chance to become better filmmakers.  It only takes one weekend and a few willing volunteers.

What have you got to lose?