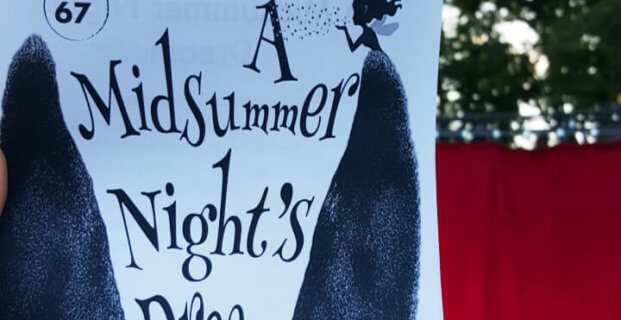 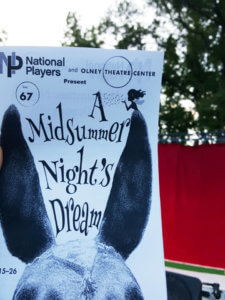 All of us at DUO appreciate good storytelling, even if a camera is not involved. So, naturally we were intrigued two years ago, when we heard tell of an annual show at The Olney Theatre Center; an outdoor performance of Shakespeare plays by the National Players. That season, they were presenting A Midsummer Night’s Dream.  That happens to be my personal favorite Shakespeare play and – bonus – the show was free.  Friends and family gathered, brought a picnic, and enjoyed the play under the stars, surrounded by trees.

The whole experience was magical.  Live theatre often is a transcendent experience for me, especially when it comes to Shakespeare, but this show was perfectly cast, delightfully staged, and made excellent use of its woodland surroundings.  The play is set mostly in the forest, after all.

That night, we learned more about The National Players:

A model for artistic collaboration and national education outreach, National Players embodies the Olney Theatre Center educational pedagogy … presenting self-sustained productions of Shakespeare and other classics to learners of all ages and in all environments. Through performances and integrated educational programs, National Players empowers these learners to build stronger communities through artistic collaboration. 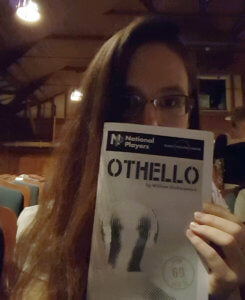 Robin attends the 2017 production of ‘Othello’

Now in their 69th Season, the company is touring productions of Othello, The Great Gatsby, and Alice In Wonderland.  Their take on Othello was fresh, engaging, and the tragedy was driven home with precision, just as it should be.  The actors truly owned their roles; noticeably Emilia, a character often left largely unexplored, was a real standout.  The performance was moved inside this year due to inclement weather, which offered a very different experience compared to the past two years (Midsummer and Hamlet).  There was less interaction with the audience, with the performance adapted and confined to the stage, but the blocking was, in no way, diminished.  They took just as clever advantage of the space indoors as they had outdoors, and provided a delightful spin on Iago’s breaking the fourth wall.

It truly is a privilege to see these shows each year.  As the creative director said in this year’s, pre-show address to the audience, Maryland is uniquely generous to the arts.  Not every state offers so many opportunities for theatre, music, fine arts, etc.  It was a poignant reminder; all too often I forget how artistic a place we live in here; not just because of the employment opportunities we have here, but how much live performance, how many art galleries, music venues, are available to us here – and at an affordable cost (usually).  That said, Shakespeare performances tend to be among more expensive performances and, as most theatre-goers can attest, the works of the Bard are almost always better when performed live.  I, myself, enjoy reading them from time to time, but hearing the words aloud, performed, and in concert with the staging makes all the difference.  Such access to this form of entertainment, and such quality performances, is rare even in Maryland.  This Summer Shakespeare series is a gift and an opportunity not to be missed.

The National Players have already announced the lineup for Tour 70 next year: Around the World In 80 Days, The Crucible, and Twelfth Night. 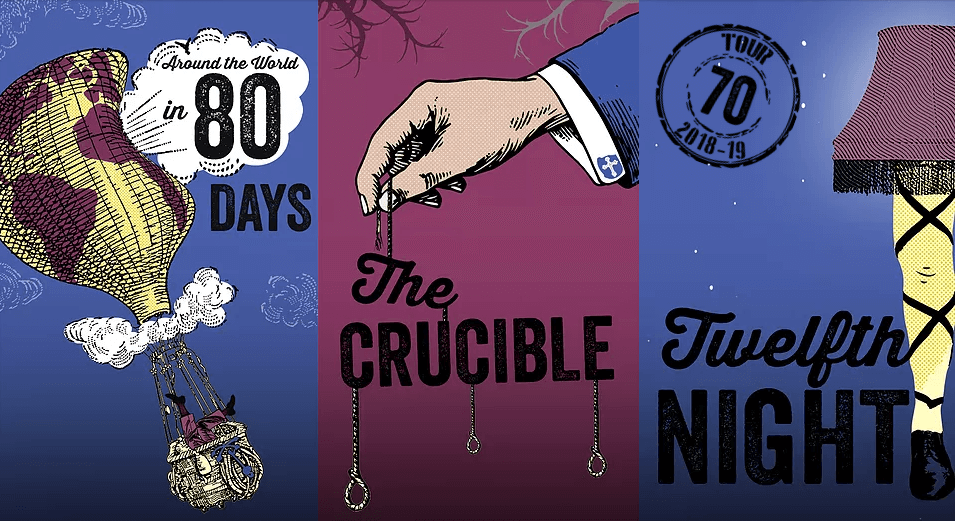 Needless to say, we’ll be in attendance.