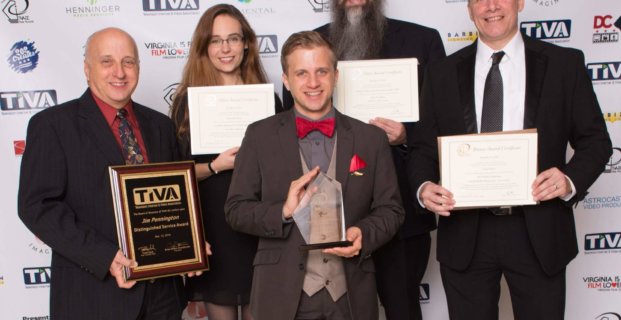 As 2016 draws to a close, we’re taking a moment to review the past few months and that we’ve been working on.  So, what have we been up to? 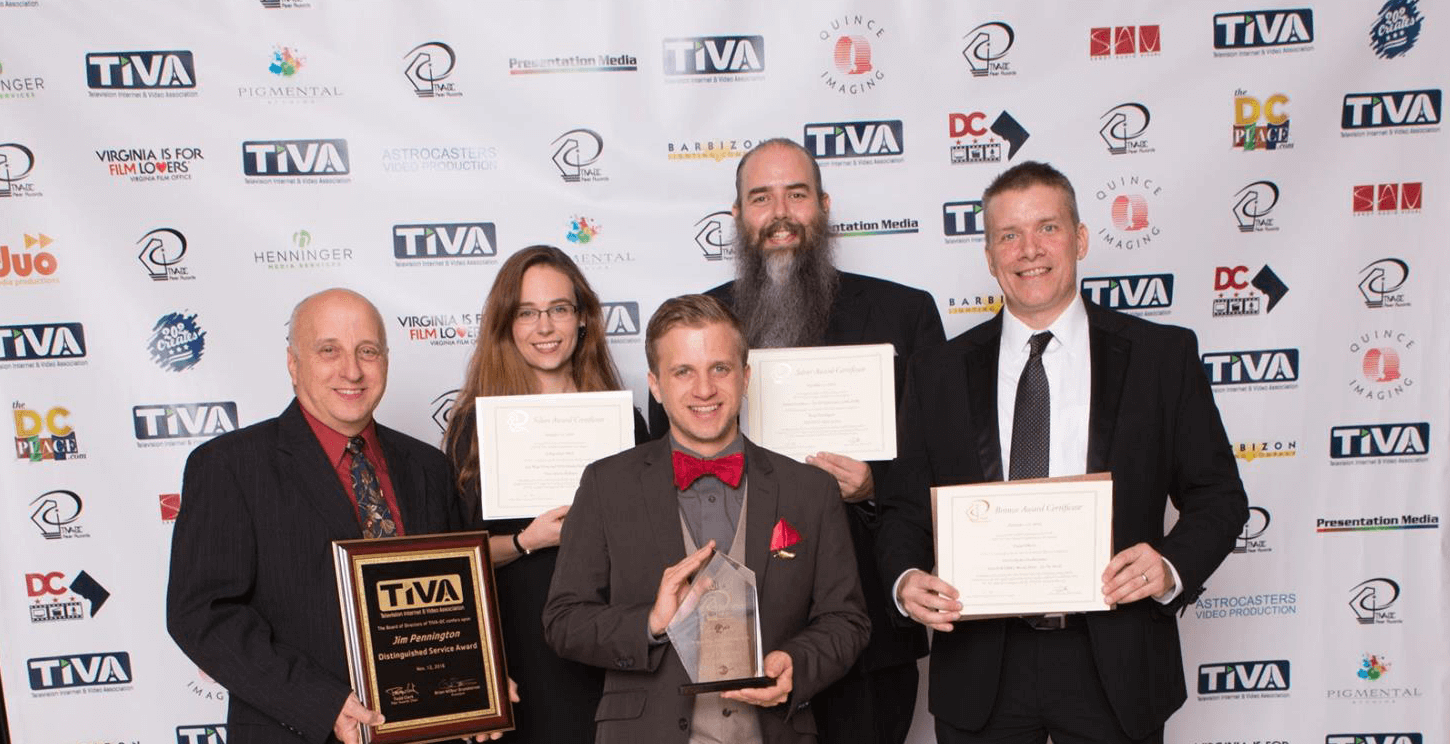 Attending the 2016 TIVA-DC Peer Awards for one!  It’s one of the big highlights, both recently, and over the course of the year and it was another resounding success for us; we took home another set of awards, including:

A Special Recognition was also awarded to Jim Pennington: the Distinguished Service Award!
Our appreciation goes out to TIVA-DC for another year of recognition.  We’re already looking forward to next year!

We also went back into the studio for our client SOLIDWORKS for a number of videos; some featuring their product, Draftsight, which was the first of many shoots at DC Visionaries in Rockville, MD.

For others, we got to work with Kevin Brennan again to announce the approaching event, SOLIDWORKS World 2017.  It has been especially fun to revisit the character Floyd for a second year in a row.  We are also delighted to bring a new character into the mix!  Allison McFadden – with whom we’ve on multiple 48 Hour Film Projects and admire highly as an actor – was a wonderful addition to this project.  She and Kevin made a great team!  We’re hoping to see her on the set more in the future. 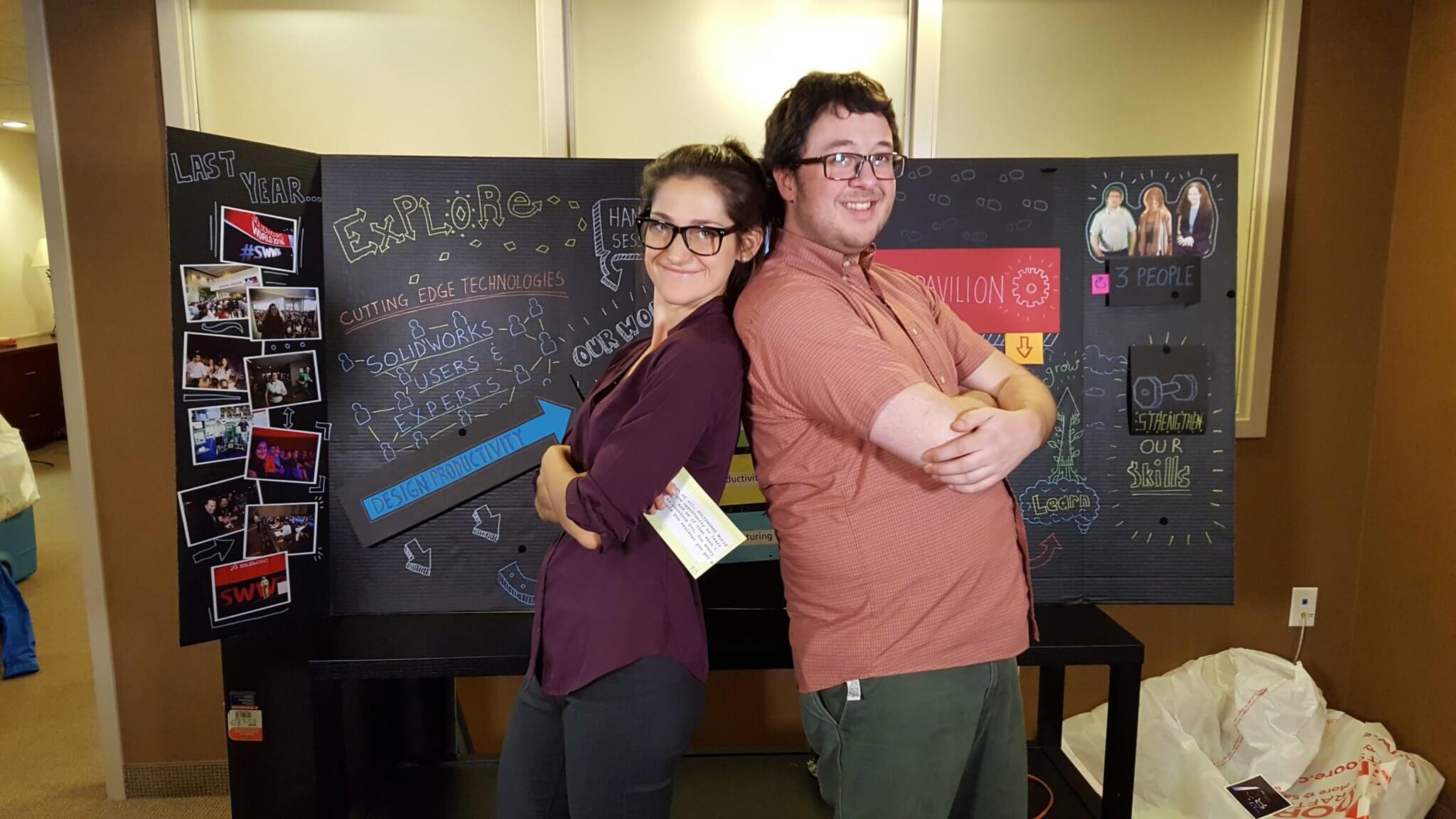 Speaking of Star Wipe Films, great news!  The Apocalypse Rock DVDs and Blu-rays have finally arrived!  For the backers of the project, they’ll be sent out this month.  If you’re interested in purchasing a copy, visit our Campaign Page to order a DVD or Blu-ray and check out the other rockin’ InDemand perks, including signed copies, the soundtrack, Star Wipe DVD Collection and more!

Click through the photo below to watch a secret video of the team un-boxing the shipped DVDs.

We attended the annual Gala for our client, JFGH.  It always means so much to us to attend this event and this year was exceptionally enjoyable.  As the newest team member, this was Robin’s first year attending the Gala.

We’ve also teamed up with Conjostudios, LLC and Seedling Media for the new film project,Scars of an Orphan, which will tell the true story of Diana Prykhodko. As a young orphan girl, she survived against insurmountable odds and escaped from her abusive mother, left alone, scarred, and hungry on the streets of Kiev, Ukraine. Through a series of unlikely events, she discovered a very different life.

To learn more about the project and participate in the fundraising, visit the Scars of an Orphan website.

Right before Halloween, Brian found some old stop-motion footage (once thought to have been lost) starring a tricky scarecrow.  Also around this time, the finishing touches were put on a fun video produced by Pennington children; both were ready in time for Halloween!  If you haven’t seen them, check them out below: Scaredy Crow and Truck Train!

And, on a personal note, we’ve recently welcomed a new family member into the world: meet Graham Pennington!