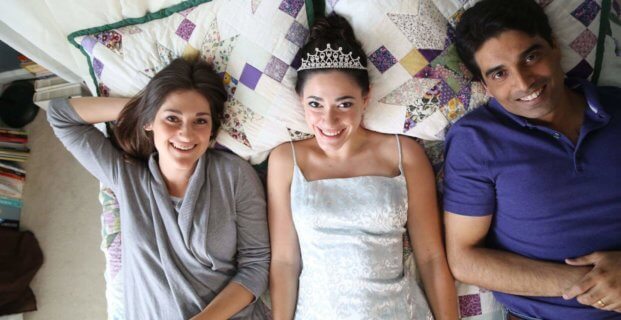 In spite of fourteen straight days of rain last month, we kept busy and motivated by staying on the move.  We went on location to the Jewish Foundation for Group Homes, one of our long-standing clients for a video shoot in honor of Vivian Bass, current CEO set to retire this year.  We shot and edited two videos for the Church of Christ at Manor Woods, both of which were used for a big successes at t in the words of senior pastor Dyke McCord, “the event was a huge success and the videos went over great – having the desired effect!”

We recorded a second round of testimonial videos at ArachnidWorks, which happened to be on one of the few bright and sunny days of the month, which gave us a few challenges for lighting.  Towards the end of the month, we attended the Best Of the Washington, DC 48 Hour Film Project at the AFI Silver Theatre (where we also screened Apocalypse Rock last March).  Check out our film, Once Upon A Bedroom below!

We were in great company this year; many congratulations to Crash of Rhinos for multiple wins on their film, Rabbit Hole!

Regarding Apocalypse Rock, Brian attended the End of Days Film Festival, where the film picked up another award for Best Comedy!

Watch the video of Brian winning and answering audience questions.

Even better, Apocalypse Rock DVD and Blu-Rays are now ready!  With final audio finishes from Studio Unknown, we’re delighted to have a finished product that we are finally able to share with everyone.