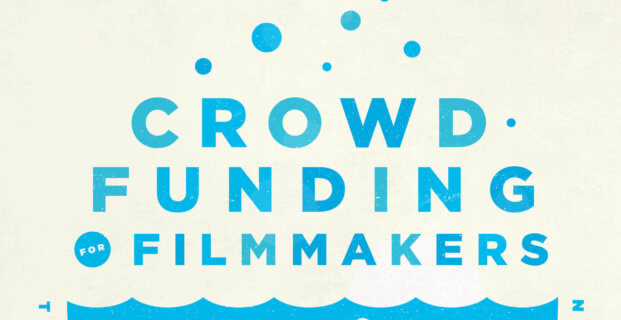 After participating in a crowdfunding panel recently, I felt it would be a good idea to post some of my thoughts on successful and not so successful crowdfunding campaigns. Most of what I’m posting here is regarding filmmaking campaigns, although most of these tips can be used for any type of campaign. So here are my numbered tips, in no particular order, because I find it so much easier to read things that are numbered.

Okay, I know the title of this blog is “Quick Crowdfunding Tips for those who don’t have time to read a book,” but seriously, you should read John Trigonis’s “Crowdfunding for Filmmakers.” I wish I had read this before doing our campaign. Granted, it wasn’t out yet, but he still gave a lot of great info on his blog, some of which we followed, some of which we, regrettably, did not.

Tweet, Facebook and use your other online platforms often. Throughout our campaign I posted on our 3 different accounts multiple times a day. Using an app like Tweetdeck or Hootsuite, I would schedule at least one post per hour, so I didn’t always have to be sitting at the computer (even though I still sat there a lot.) Make your posts unique or else you risk being labeled as a spammer. Anytime you post, use relevant hashtags. If your film is a horror film use tags like #horror #indiefilm #SupportIndieFilm and be sure to use tags such as #gogofilm (if you’re on IndieGogo), #kickstarter (if you’re on Kickstarter), and so on. Direct your tweets to various crowdfunding groups. We directed many of ours to @IndieGogoFilm and @IndieReign that got retweeted because they thought what we said was funny. There are plenty of crowdfunding promoters out there such as @icrowdfundbuzz, @crowdhelps and more. Most importantly, build and engage your audience WELL before you launch your campaign. We learned that one the hard way.

This helps tremendously for getting followers and likers. We released the poster after we reached 100 likes on Facebook, which really got people to push their friends to like our film. Don’t pay for Facebook likes. I could go into all the details, but basically paying for likes can actually lower the amount of interaction you have with your “fans.” Here’s a fantastic video explaining it all.

Don’t do it all yourself.

Find others who are good at the social media stuff and have an online presence and recruit them to promote your film and campaign. Our biggest promoter was a lady who was unable to leave her house for a few months so she spent a lot of time blogging and on Facebook. She blogged about us and “liked” EVERY SINGLE POST we ever put out there regarding our film. Her family also gave 6 different times to claim various levels of perks.

Know where your first 30-40% of funding is coming from and get it early. We got that 30-40%, but it came too late in the campaign. We should have pushed for that first portion much earlier on.

Encourage others to just visit your page even if they can’t give, have given already or plan to give later on. Having many visitors, shares, and whatnot helps push you higher in the ranking on the crowdfunding platform’s page.

We had a Bonus Perk week where every day we had a bonus perk for anyone that gave at or over a certain amount for that day. (Mug Monday, T-shirt Tuesday, etc.) Our most popular bonus perk was a compilation of 12 of our short films we’ve done in the past decade. You can see the videos we created for the bonus perks at our film’s website apocalypserock.com.

If you’ve got a celebrity on board (even if just a local celeb), get them to tweet and post often! Our lead actor had a connection with a local rock station, so he got to go on the radio and talk about our campaign and film. Think about who you know, and who might be able to help you.