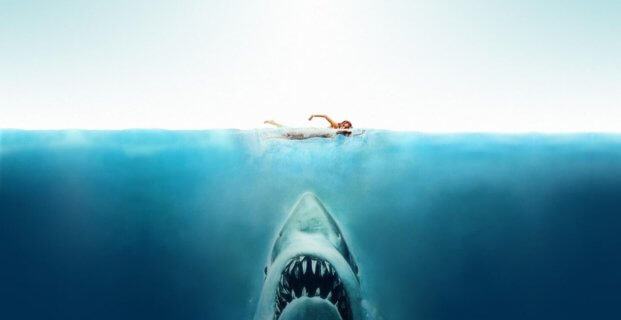 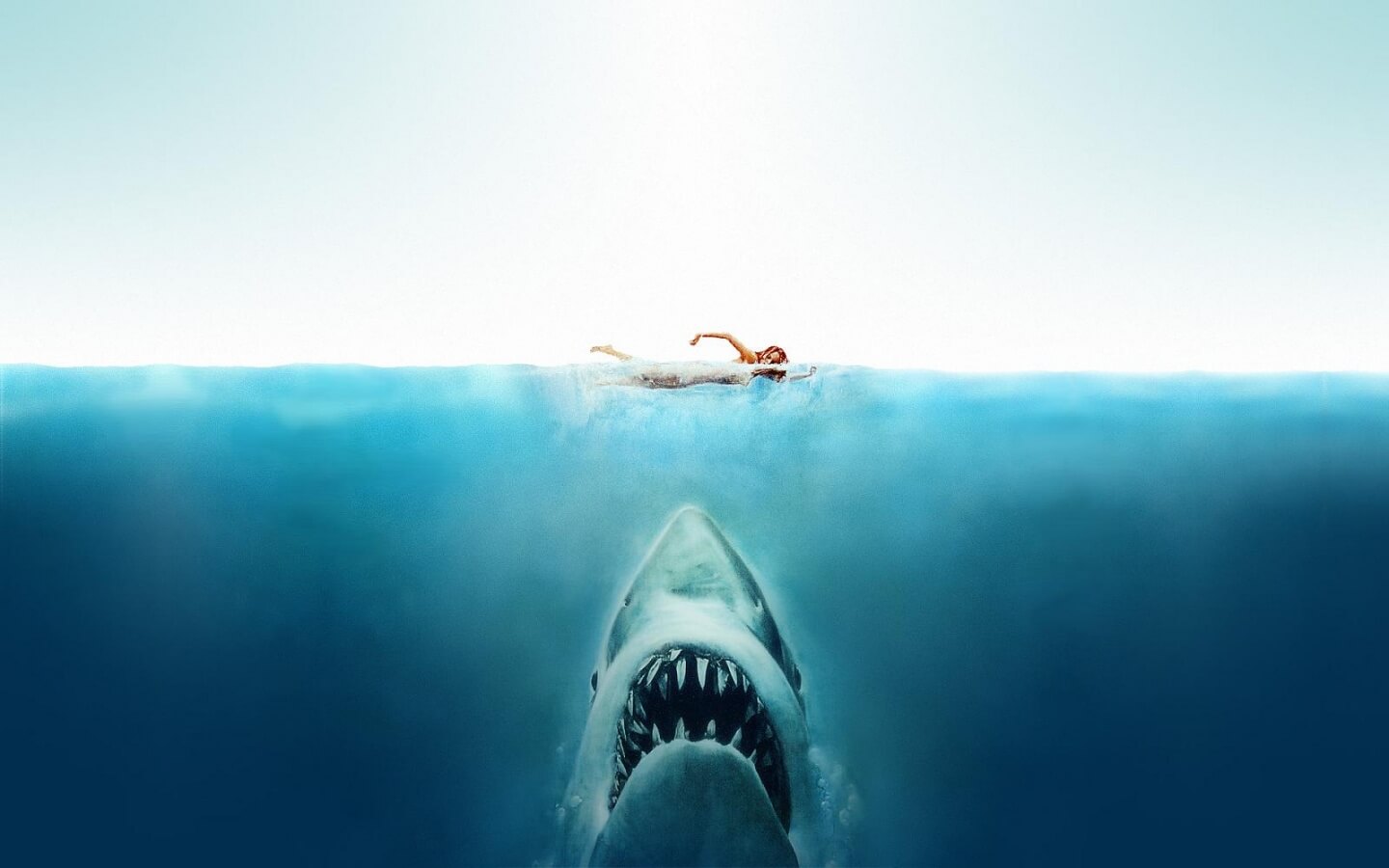 It was the summer of ’75.  The term “summer blockbuster” had yet to be uttered.  Single screen theaters were still the norm, each one gambling on which film would be their money maker.  Summers could still be a lazy time where you could actually be bored.  I hooked up with some friends to check out this new film, Jaws.

I look back fondly on that evening and to this day, Jaws remains my favorite film.  Is it perfect?  Probably not, but oh, what a film!   Action.  Adventure.  Thrills,  Laughter.  Suspense.  Horror.  Like an old wooden roller coaster, it continues to please.

This is a film that had numerous chances of being a failure.  Let’s start with a newbie director and a perfectionist at that.  Spielberg felt that the 1974 novel of the same title by Peter Benchley was in need of re-write for the screenplay.  Production began before the script was completed. Casting was not complete until a few days before principal shooting began.  The shark itself was a complex prop that without warning would sink to the bottom of the ocean.  “Bruce,” as the shark was nicknamed (after Spielberg’s lawyer), tested fine in fresh water tanks, but was ravaged by the salty sea water.  The scheduled 55 day shoot ended up taking 159 days.

The actors themselves were a mess.  Robert Shaw was a drinker and grew easily seasick.  That gnarly attitude was real as he often had to be dragged from a drunken stupor or throwing up to deliver his lines.  Richard Dreyfuss was a relative newbie; not wanting the role at first which was offered to big name actors like Dustin Hoffman and Jon Voight.  Shaw hated Dreyfuss, continually mocking him and trying to goad him into doing foolish things like jumping from the top of the mast into the water.  Roy Scheider was the second choice for Chief Brody after Robert Duvall turned down the role.  When you see his performance now, of course, no one could have been a better selection.

The shark being one of the Jaws‘ biggest failures led to one of the biggest reasons for the film’s ultimate success.  Initially, the shark was supposed to be seen in full, toothy, bloody splendor as one victim after another perished throughout the film.  Since “Bruce” was a reluctant participant, however, many scenes merely implied the presence of the shark.  The John Williams theme, a predominantly two note repetition, became the shark.  Bingo!  The famous suspense of Jaws was born.

The rest, as they say, is history with all of the pieces falling gloriously into place.

There have been many films vying for my top film position — Star Wars (the original Episode 4, of course) and  Raiders of the Lost Ark being two of the strongest contenders — but Jaws continues to hold that top spot.  There are so many great scenes and lines.  It never ceases to entertain.

Now, I believe it is time for my annual viewing.