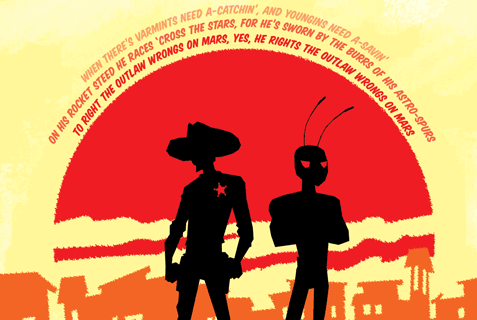 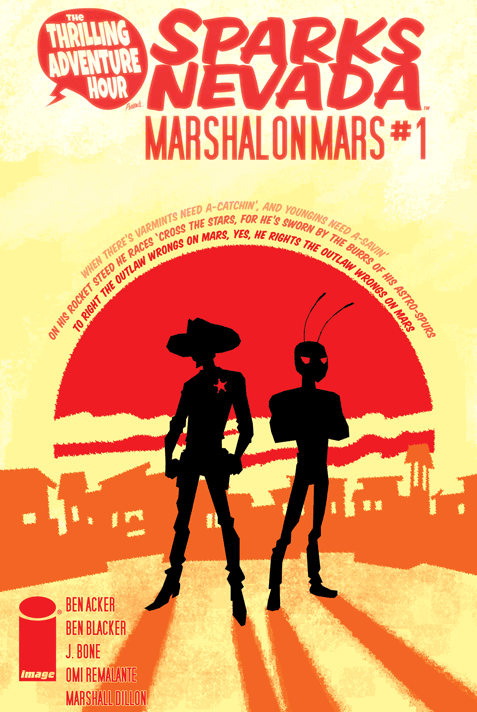 There is, frankly, an overwhelming amount of podcasts abounding the internet these days, but what makes The Thrilling Adventure Hour so unique is that it isn’t a talk show or review. Here, there be stories; tales of fictional characters on whirlwind adventures, with arcs and emotional threads all around.  The episodes are not recorded from sound booths, but rather live shows (save for the rare cast and/or creator Q&A specials).   The stories are ongoing as well, unlike the (also awesome) Welcome to Night Vale.

The two most popular segments are Beyond Belief and Sparks Nevada, Marshall on Mars.

The former plays homage to The Thin Man, in which husband and wife Frank and Sadie Doyle (Paul F. Thompkins and Paget Brewster respectively) enjoy nothing more than the occasional ghost hunt and/or exorcism, a strong martini and, of course, one another’s company.  Sparks Nevada, meanwhile, is, essentially, The Lone Ranger set on Mars, with Sparks (he’s from Earth) upholding the law on the plains of the red planet, alongside his trusty Martian companion, Croach the Tracker.

The series as a whole is wildly imaginative, addictive and never fails to impress and invoke hilarity as well as genuine feels.   The show features guest stars such as Nathan Fillion,  Key and Peele, Clark Gregg, Alison Brie, Alan Tudyk and many, many more.  The show regulars participate on a voluntary basis and have a love for the material that is palpable in every episode.  It is time well spent, both for them and for us, as listeners.

You can find The Thrilling Adventure Hour  on iTunes or SoundCloud.