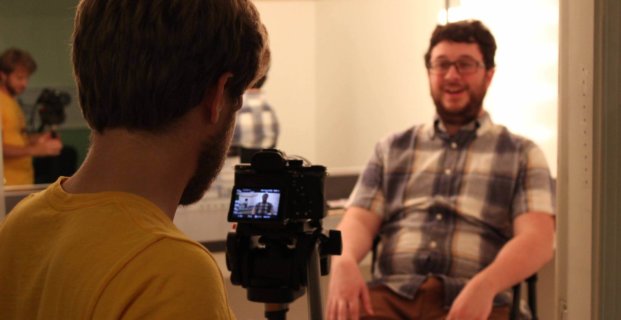 In the ever-changing world of cameras and media production, how do you know what cameras to use?  There is still a general buzz around DSLRs and why they are effective, many of those reasons still being valid.  However, the mirrorless camera models are actually turning the tide and in many areas its still not clear as to why.  There are many similarities between the two, but the differences make quite an impact.  In this recent article, writer Caleb Ward breaks down why DSLRs are not the best way to go for your next video project.  His reasons include:

DSLRs used to be the top of the line and their prices are expensive, but those prices made sense.  Now, they’ve become “incredibly overpriced.”  In fact, mirrorless cameras are about half the cost, according to Ward.  The reason for this can be explained by nothing more than brand name recognition; Canon and Nikon bring significantly more impressive face value than the mirrorless cameras, which are being manufactured by companies like Panasonic and Sony, which are “not quite as accepted in the pro photography community.”  The advantages of the Canon cameras and hacks, however, short-change production, but lead to a great deal more work in post, which creates a much longer delay in getting the final product finished and available to clients.

Camera size doesn’t typically matter, but a highly portable camera, especially at weddings and other live events, can make a BIG difference.  One of the biggest selling points of DSLRs in their initial release was their compact size; but why?  What were some of those original selling points?

So, what separates the Mirrorless cameras from the DSLRs?  They’re not THAT different in size are they?  Actually, yes: because mirrorless cameras don’t have a mirror-box mechanism, they’re smaller and lighter than their DSLR counterparts.  This, again, brings us back to comfort, which, in turn, means overall quality of the work.

There was a time when DSLR cameras were at the cutting edge of camera technology — but that’s no longer the case. Mirrorless camera manufacturers are capable of updating their cameras much quicker than DSLR camera manufacturers.  Just look at the Sony a7S series of cameras. In a little over a year, Sony was able to create the a7S, a truly revolutionary low-light camera, and create a second version that added 4k recording and increased frame rates. Canon and Nikon, on the other hand, have been very slow to update their cameras. For example, the Canon 5D Mark III hasn’t been updated in over four years.

The interface and start up, especially.  Mostly comes into play for guerrilla style shooting; the difference between getting that perfect shot or missing it completely.  Lenses are a big part of the shot as well, and usually the lenses you’d prefer for DSLRs can be used for the Mirrorless cameras too.

DSLRs Force You to Watch Video on an LCD Screen – the viewfinder is blocked entirely.  DSLRs only show you what’s coming through your lens when looking through the viewfinder, and not what’s hitting the camera sensor. This is usually a bigger deal when shooting still photography, but it definitely comes into play for digital video production as well and probably in bigger ways than you might expect.

This can be troublesome for exterior shooting, especially on a sunny day, but more than the rest, it’s extremely limiting for high, low, any angle that isn’t in the vicinity of eye-level.  This isn’t just a comfort issue, either.  If you don’t have an external monitor available and you cannot properly view your shot, this puts you at risk for not achieving the desired shot and means you will be forced to shoot take after take until you get it right or abandon the shot and angle altogether – which may be the result either way, if the repeated attempts at the more difficult and interesting shot continue to fail, in which case you have wasted time as well as effort and will still be left to come up with an alternative on the fly and one that will probably be far less visually engaging).

So, what does all this mean?

Interested in seeing the difference?  Watch our 48 Hour Film Project submission here: Once Upon A Bedroom.  We’ll be posting more examples soon, too, of our more recent commercial videos, also shot on the A7Rii.