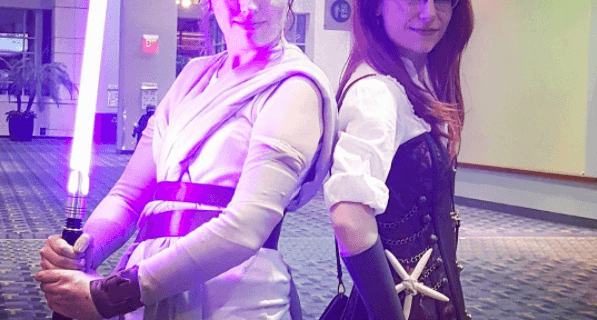 I attended my first convention in September of 2013: Baltimore Comic Con.  I knew a trifle about cosplay and I marveled (no pun intended) at the skill and detail these artists put into their work.  I have always been very at home in Geek Culture, but privately.  As a textbook introvert, I had never seen that world up close.  It always seemed somehow out of reach; I couldn’t see how I would be able to participate, but through taking a step out of my comfort zone, I discovered, through experience (in costume and civvies), that there is room for everyone. 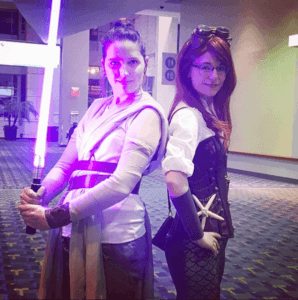 Some debate still remains in the cosplay community, but it’s my belief that Geek and Con culture as a whole is an outward manifestation of fandom and creativity, no matter the form or skill level.  Halloween was always my favorite holiday growing up.  Tremendous creative opportunity can be found in dressing up for Halloween (or any costume-centered event) if you’re looking for it, but once Trick-Or-Treating fell out of fashion, there was a surprisingly large void that cosplay would one day, not only fill but expand.  Cosplay is more than dressing up, it’s the meeting of worlds; the intersection of multiple fandoms, spectatorship and active creativity. 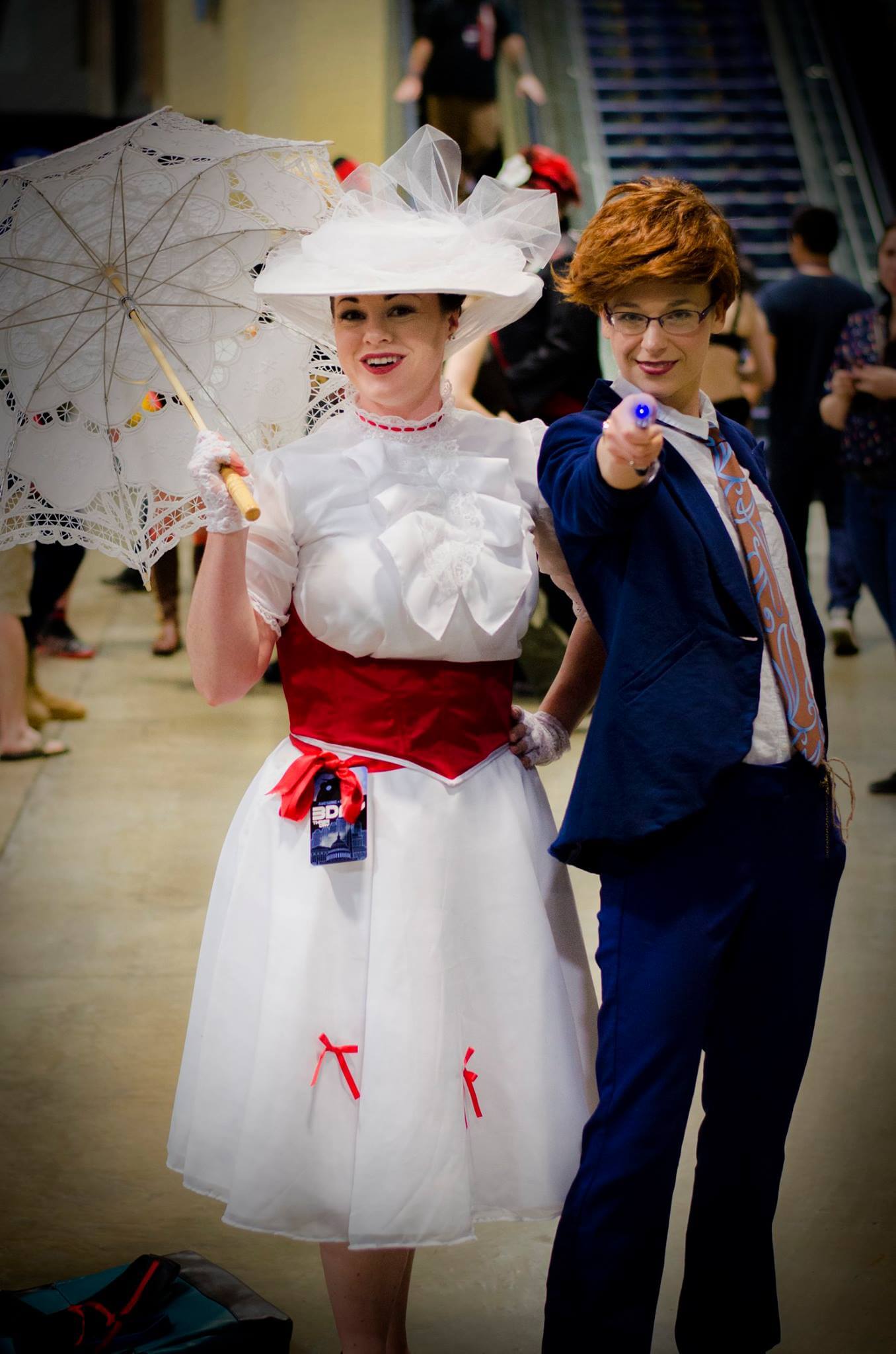 What makes Awesome Con extra special for me, though, is that I associate it with Doctor Who.  Every year that I attend, there is at least one high-profile cast member on the Guest List.  Billie Piper (i.e. Rose Tyler)’s appearance at Awesome Con 2014 prompted me to finally take the plunge and watch the series.  At the time when this news broke, I had only heard about the sci-fi series.  Many a friend loved the show and, as I was already planning to go, the prospect of being there, surrounded by Whovians ooh-ing and aah-ing over everything in the fandom, I thought I should probably sit down and watch it, so as not to be left out.  Not only did I finish seasons 1 – 3 in a matter of days, but the following year I became a cosplayer, in full getup as the Tenth Doctor.

This year, I was counting down the days until June 3rd.  Awesome Con has become my Con of choice (though, admittedly, I’m fairly new to the Con-going experience).  In spite of the errors they’ve made – specifically with their admission lines in 2014 and the overbooking of guests this year – it remains at the top of my list.

Overall, Awesome Con 2016 was a positive experience.  Though the third and final day was a bit of a mess, it did not, by any means, ruin the whole weekend.  I am VERY glad I went all three days, however; not just because of the last day’s fiasco, but because there is simply so much to do and to take in.  There are those who attend for one or two reasons (a special guest or specific panel) but as someone who enjoys most of the convention, it really is too much for just one day – maybe even two.  It’s a strange kind of tiring; not just from spending over or around eight hours standing and walking on flat concrete floors, but also from having so much stimulus thrown at you from all directions.  It’s also fun, though, and that makes it worth it.

Not only do I intend to attend again next year, I’m drafting up submissions for panels.  I spoke on a panel back in 2015,  invited to participate on “Creating a Web Series,” but the idea of leading one is more than a little daunting (as I said, I’m an introvert; cosplaying alone is nerve-rattling) but if there’s one thing my Con-going adventures have done, Awesome Con especially, it’s push me creatively, which makes any stress or anxiousness completely worthwhile.

If you have never experienced a Con, I highly recommend it.
For more on why I like conventions, check out my post from last year’s Awesome Con on my personal Blog.