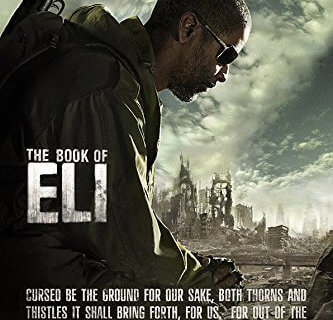 7 Must-See Movies to Prepare for the Apocalypse

Posted by Karen Pennington on Oct 9, 2014 in Apocalypse Rock, Blog, Other | 0 comments

Over the past year and a half we’ve been working on a fairly in depth short film entitled Apocalypse Rock. During pre-production, production and now as we’re in post-production, the idea of an apocalypse is ever on our minds. We’ve been watching more post-apocalyptic movies, reading more books and blogs, and scouring the internet for how to survive an apocalypse. So as I sat down to write this blog, I realized that although I am no expert when it comes to movies that fall into the Apocalyptic/Post-Apocalyptic realm, I am a fan and becoming a bigger fan by the day. With that being said, I came up with a list of my own 7 Must-See movies to prepare for the Apocalypse.

Here they are in no particular order. Oh and there are a few spoilers below, but nothing too dramatic.

Whether or not a zombie apocalypse takes place, the many rules set out in the movie are great guidelines to survive in any post-apocalyptic world. Such as #1 Cardio, #18 Limber Up – It’s important to stay in shape and not get hurt. #3 Beware of Bathrooms, #22 When in Doubt, Know your Way Out, #31 Check the Back Seat, #29 The Buddy System – In any post-apocalyptic society, it’s always better to be safe than sorry. #7 Travel Light – You’ll have to learn quickly what’s useful and what’s best to leave behind, because in a post-apocalyptic world, there’s a good chance you’ll be on the move a lot.

How else would you know that cat oil is good for dry lips? In addition to the cat oil, the movie shows some good ideas for camouflaging yourself while hunting, why it’s important to retain your intelligence in addition to being a kick-butt killing machine, and it also teaches you to not trust anyone, and to be wary of anyone that has the shakes.

Although not an apocalyptic movie, it does have some great survival tips. Like how to build a fire without matches, how to crack open a coconut and the many versatile uses for their shells, how to make a friend out of a volleyball, how to fish with a spear, how to make a sea-worthy raft, and how to make a loin cloth out of khakis.

Sometimes surviving in a post-apocalyptic world means putting up with a horribly oppressive government. These movies (and even more so the books) give some ideas about how to outwit the government, how love and compassion can be more deadly than hatred, and it even has some decent wilderness survival tips.

#5 Tomorrow When the War Began

This is also not an apocalyptic movie, but darn close to it. When the teenagers in this film find that their city/country has been taken over by an angry, foreign army, they band together to do what they can to not just survive, but to fight back. The smartest thing they do is set up camp in a very secluded part of the Australian wilderness with fresh running water. That’s where I’m going, if things here ever go awry. Although probably not Australia, but somewhere a little closer to where I am now, like West Virginia.

Some of the places they hole up in are places of great resources, like a shopping mall. I imagine you could live in an indoor mall for weeks. With all the food vendors, clothing shops, mattress stores, department stores, game shops and more, you could not only survive but do so in a fairly comfortable way.  And just like in the movie, if things became too dangerous there, you can always head for a secluded island and hope that it works out better for you than it did for those in the movie.

#7 The Lord of the Rings (all three movies)

I know these movies really have nothing to do with the apocalypse, and that much of what they do to survive is to rely on things that don’t exist in this world, such as lembas bread, elven cloaks and kingsfoil. But the characters in these films are very inspiring as they continue to move forward even in the bleakest of moments. There are also so many quotable lines that I have personally already used in my daily struggles, and I’m sure I’ll continue to use when faced with a post-apocalyptic wasteland. “Now for wrath! Now for ruin! And a red dawn!”

I know I’ve probably missed some of your favorite films, so if you’d like to get some extra credit here’s a good watch list in addition to the above films: Terminator 2, I Am Legend, Serenity, The Road, The Postman, Red Dawn, 28 Days Later (Darn, now I kinda wish I had included this one in the list above), How I Live Now, Water World, Mad Max, Life of Pi, and so many more. Feel free to tell us what you’re watching to prepare for the Apocalypse.